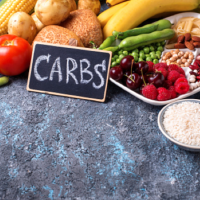 • Similarly, there is probably little to no difference between the diets for changes in heart disease risks, like diastolic blood pressure, glycosylated haemoglobin (HbA1c, a measure of blood sugar levels over 2‐3 months) and LDL cholesterol (‘unhealthy’ cholesterol) up to two years.

• This was the case in people with and without type 2 diabetes.

People spend lots of money on trying to lose weight using diets, products, foods and books, and continue to debate about which diets are effective and safe. So, examining the scientific evidence behind claims made is important. Low‐carbohydrate diets are a broad category of weight‐reducing diets that manipulate and restrict carbohydrates, protein and fat in diets. There are no consistent, widely‐accepted definitions of these diets and different descriptions are used (such as, 'low‐carbohydrate, high‐protein’, 'low‐carbohydrate, high‐fat', or ‘very low‐carbohydrate’).

Low‐carbohydrate diets are implemented in different ways, but they restrict grains, cereals and legumes, and other carbohydrate‐containing foods; such as dairy, most fruit and certain vegetables. These foods are then typically replaced with foods higher in fat and protein; such as meats, eggs, cheese, butter, cream, oils. Some low‐carbohydrate diets recommend eating as desired, while others recommend restricting the amount of energy eaten.

What did we want to find out?

We wanted to find this out for people with and without type 2 diabetes.

What did we do?

We searched six electronic databases and trial registries for all trials* that compared low‐carbohydrate weight‐reducing diets with balanced‐carbohydrate weight‐reducing diets in adults who were overweight or living with obesity. The trials had to last for at least three months. We compared and summarised the results of the trials and rated our confidence in the combined evidence, based on factors such as study methods and sizes.

*A trial is a type of study in which participants are assigned randomly to two or more treatment groups. This is the best way to ensure similar groups of participants.

What did we find?

We found 61 trials involving 6925 people who were overweight or living with obesity. The biggest trial was in 419 people and the smallest was in 20 people. All except one of the trials were conducted in high‐income countries worldwide, and nearly half were undertaken in the USA (26). Most trials (36) were undertaken in people who did not have heart disease or risk factors. Most people (5118 people) did not have type 2 diabetes. The average starting weight of people across the trials was 95 kg. Most studies (37) lasted for six months or less; and the longest studies (6) lasted for two years.

Low‐carbohydrate weight‐reducing diets probably result in little to no difference in weight loss over the short term (trials lasting 3 to 8.5 months) and long term (trials lasting one to two years) compared to balanced‐carbohydrate weight‐reducing diets, in people with and without type 2 diabetes. In the short term, the average difference in weight loss was about 1 kg and in the long term, the average difference was less than 1 kg.

People lost weight on both diets in some trials. The amount of weight lost on average varied greatly with both diets across the trials from less than 1 kg in some trials and up to about 12 kg in others in the short term and long term.

We could not draw any conclusions about unwanted effects reported by participants because very few trials reported these.

What are the limitations of the evidence?

We are moderately confident in the evidence. Our confidence was lowered mainly because of concerns about how some the trials were conducted, which included that many trials did not report all their results. Further research may change these results.

How up to date is this evidence?